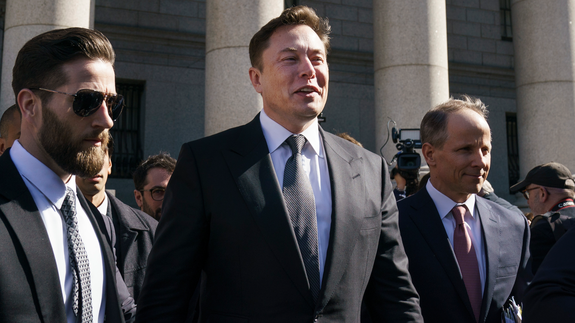 Elon Musk’s bizarre feud with a British cave diver, who he called a “pedo guy,” took a strange turn as the eccentric billionaire seeks to dismiss a defamation lawsuit brought against him.

In court documents filed on Monday, Elon Musk’s defense team argues that the suit filed by diver Vernon Unsworth should be thrown out as Musk’s tweet calling the diver a “pedo guy” does not constitute defamation.

Among his team’s many arguments, Musk claims that he was not insinuating that Unsworth was a pedophile when he called him a “pedo guy” on Twitter.

“Mr. Musk testified that ‘pedo guy’ was a common insult used in South Africa during his youth,” says the filing. “It is synonymous with ‘creepy old man’ and aimed at mocking a person’s appearance and demeanor, not an accusation of pedophilia.” Read more…