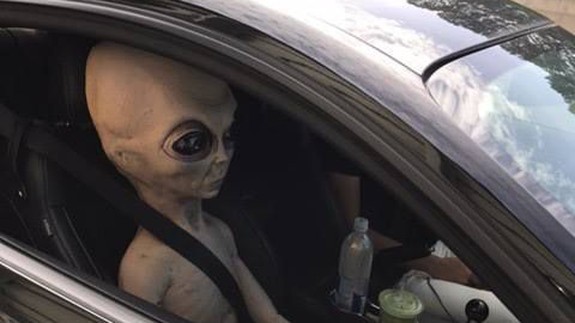 Sometimes, traffic stops can be out of this world.

Police in Alpharetta, Georgia stopped a car containing a rather otherworldly passenger on Sunday.

The confused officer was quick to document the sighting and put it on Facebook, in case it was beamed back up to its mothership

Apparently the driver of the vehicle was pulled over for speeding and just so happened to be giving this alien a ride.

SEE ALSO: ‘Anonymous’ says NASA has found alien life, but let’s all slow the hell down

According to WSB-TV, the alien is a fake stuffed doll and police say the driver, who was issued a verbal warning, “did not mention as to why he had an out of this world passenger.”  Read more…