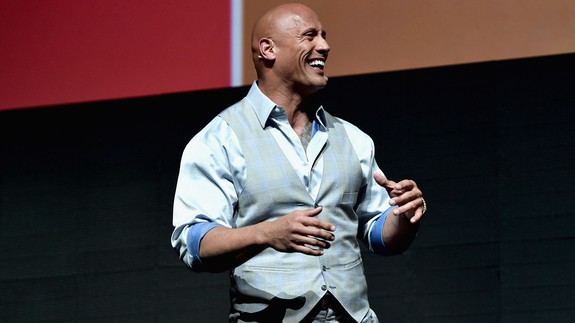 Watch out Kanye West—you might be facing Dwayne “The Rock” Johnson in 2010.

The former wrestler opened up about being the world’s highest paid actor in the latest issue of GQ, and when asked about any political ambitions, he managed to offer up a glimmer of hope for his fans across the country.

SEE ALSO: Michael Moore wants ‘The Rock’ to run for president because nothing matters anymore

Everyone from Michael Moore to Washington Post has brought up The Rock running for president of the United States, and in conversation with Caity Weaver for the magazine, he discussed how those conversations have impacted his thoughts about a future campaign.  Read more…

More about Watercooler, Conversations, The Rock, Dwayne The Rock Johnson, and Watercooler