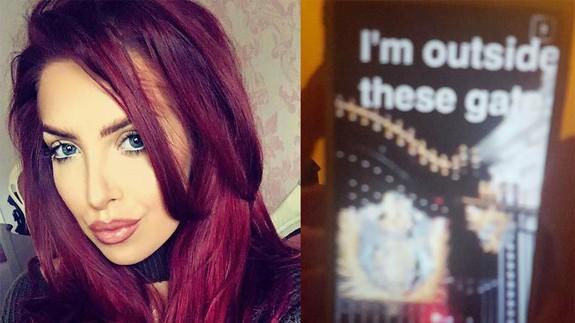 Tara Natasha, a 26-year-old makeup artist from Cardiff, received explicit pics and a crude message from a random guy on the app, to which she started replying with pinch of wit and irony. But the guy didn’t seem to get it.

So when he asked to meet, Natasha gave him the address for Buckingham Palace. Naturally.

She also upped the ante by saying that her flatmate would join too, just to see how gullible this guy was. Read more…