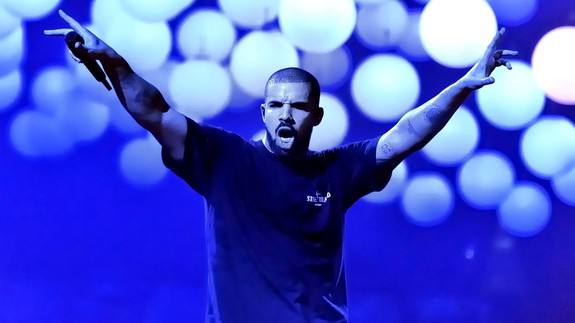 Hold on, Drake’s going home with 13 Billboard Music Awards tonight. He just broke Adele’s record for the most wins for an artist in a single year.

Plus, all that time at the podium gave him plenty of time to flirt with Vanessa Hudgens on live television during an acceptance speech, praise Nicki Minaj, and shout out his dad’s incredible purple suit.

SEE ALSO: Drake, the Chainsmokers, and all the winners from the Billboard Music Awards