Prepare to see a lot more Donald Trump on social media again. Truth Social is no longer siloed behind an iOS-only mobile app.

Trump’s alternative social network, Truth Social, pushed out a notification on Friday to its current iOS app users informing them that a web version of the platform is now available.

“TELL ALL YOUR FRIENDS,” the Truth Social notification reads. “The Truth Social Web App is now available! Tell them to go to https://truthsocial.com for more info.” 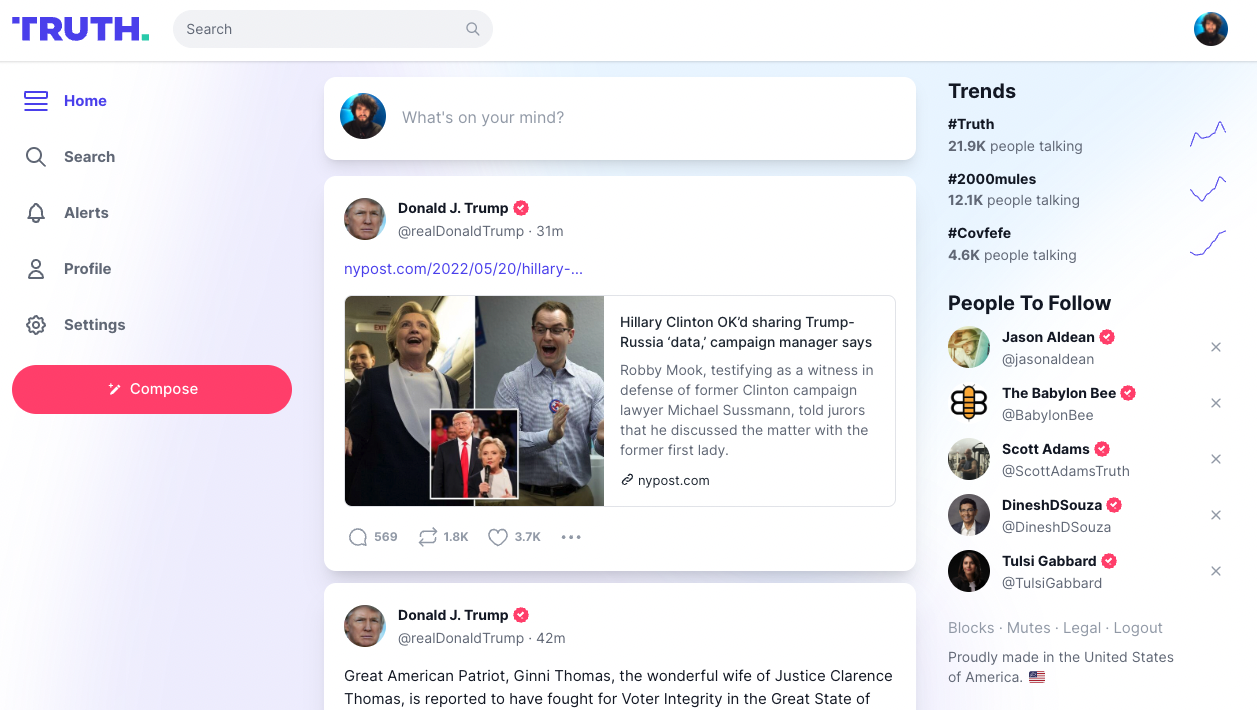 Here’s what the Truth Social web app feed looks like when a user is logged in.
Credit: Mashable Screenshot

Truth Social was previously only available to users on Apple iOS devices, such as the iPhone. Yes, the iPhone has a huge smartphone market share. However, roughly half of mobile users have a non-iOS device. Now, basically anyone with internet access can sign up and create an account on Donald Trump’s social media platform.

However, Android users are still waiting for a Truth Social app specifically for their device. According to Rolling Stone, this has irked the former president. Reports say that Trump has been privately complaining that Google was trying to “fuck” him.

According to Rolling Stones’ source, however, the truth is that Truth Social hasn’t even submitted an Android app to the Google Play store yet.

Users can sign up on Truth Social via the web for the first time.
Credit: Mashable Screenshot

In short: It’s going to be a lot easier for Trump’s fanbase to share his content on other platforms.

Launched in February, Truth Social struggled during the first few months. Downloads plummeted after the initial rush to download due to a long waitlist of users wanting to sign up. However, in recent weeks, Trump finally started posting on his own platform, which has helped give the conservative social network another bounce.

Truth Social announced a public beta of the web app just last week. According to a press release from Wednesday, the initial web app rollout was scheduled for some time over the next week or two. However, the social network delivered early when it comes to the web app at least.

No word yet on when Truth Social will submit an Android app so Trump can stop complaining about Google.