‘Donald Trump’ on ‘SNL’ admits things are going to get way, way worse 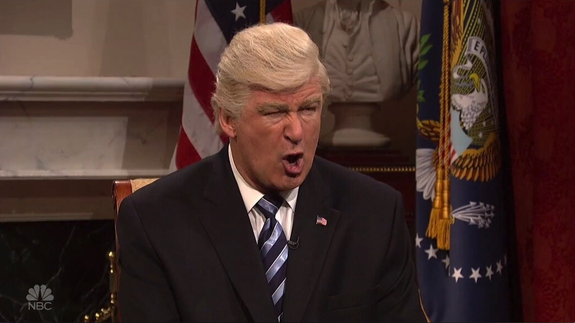 Alec Baldwin is back on Saturday Night Live for what may be one of his last appearances as President Donald Trump. And he used the opportunity to fess up to pretty much all the suspicions about the administration that we’ve had over the first 100-ish days.

In an interview with Lester Holt (Michael Che), who he called any number of inappropriate and incorrect other black men, Baldwin as Trump admitted he fired former FBI Director James Comey because he was investigating White House ties to the Kremlin.

“I fired him because of Russia,” Baldwin said. “I thought, ‘He is investigating Russia, I don’t like that, I should fire him.’”  Read more…