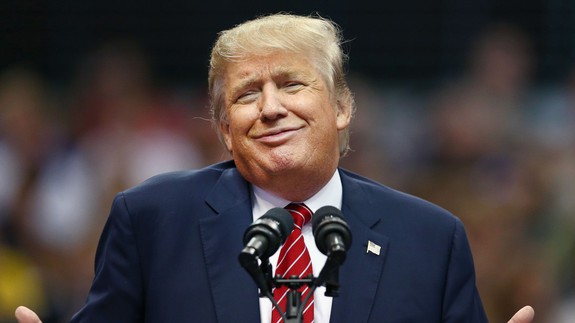 Is it possible to already know news before it happens, because it feels like we already knew about this.

President Trump, while eating dinner in the White House, gets two scoops of ice cream while everyone else gets one. He gets an extra scoop. Obviously.

SEE ALSO: Poll asks Americans what they think of Donald Trump and the answers are so, so shady

The president invited three Time reporters to spend a day at the White House on Monday, which ended with a candlelit dinner in the Blue Room, and there were some pretty notable differences between the four dinner attendees’ meals.

While the three reporters were served salad with a vinaigrette, Trump got what appeared to be Thousand Island dressing. During the entree portion of the meal, the president got “an extra dish of sauce” with his chicken. While everyone else was offered water, President Trump drank—interestingly—a Diet Coke. Read more…