Donald Trump has touched The Orb. Here’s what that means 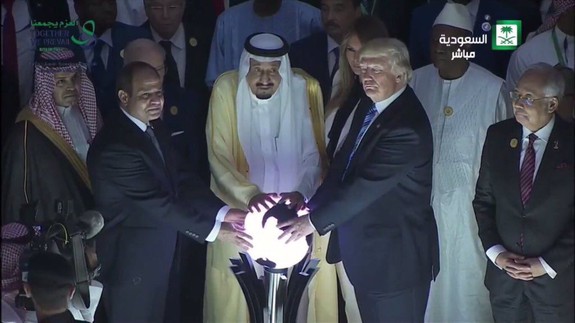 President Donald Trump’s trip to Saudi Arabia over the weekend went largely as planned. He appeared jovial on his first trip abroad, he announced billions in Saudi investment in the U.S., and his speech on terrorism was well received.

Last, but not least, he touched The Orb.

And here’s Trump at the opening of the “Global Center for Combating Extremist Ideology” in Riyadh pic.twitter.com/gshRT2nFLU

The Orb, of course, has existed long before the United States and even the concept of democracy, government, or even society. Its origins remain unknown and no sitting U.S. president has ever dared touch it, out of both fear and respect for its Power. So what does it mean that Donald Trump touched it? Well, a few things. Read more…