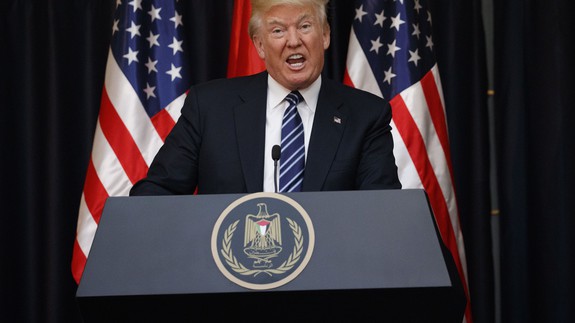 US president Donald Trump has expressed his “deepest condolences” to the victims of the Manchester Arena suicide attack that killed 22 people.

At a press conference in Bethlehem with Palestinian leader Mahmoud Abbas, Trump said:

“So many young and beautiful and innocent people living and enjoying their lives murdered by evil losers in life. I won’t call them monsters because they would like that term, they would think that’s great name. I will call them from now on, losers, because that’s what they are: they’re losers. And we’ll have more of them, but they’re losers, just remember that.” Read more…