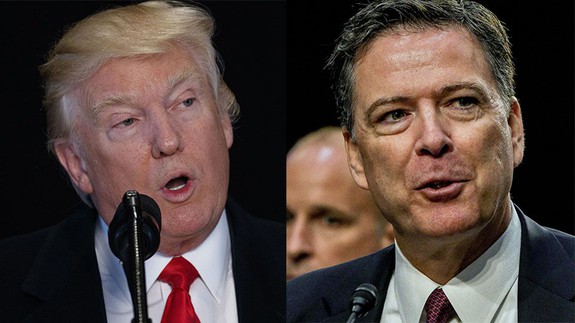 Somehow, Donald Trump managed to restrain himself from tweeting yesterday.

Throughout James Comey’s testimony — which aimed some pretty no-nonsense barbs at the President — Trump managed to hold himself back. It was the first full day he’s gone without tweeting in a long, long time.

It was never going to last, though.

SEE ALSO: James Comey speaks for all of America: ‘Lordy, I hope there are tapes.’

On Friday morning, Trump finally did what everyone was waiting for. He posted an angry, mildly confusing tweet about Comey.

Despite so many false statements and lies, total and complete vindication…and WOW, Comey is a leaker!