Discord is letting creators monetize their communities with subscription-based memberships On Tuesday, Discord announced that it was launching a test run of a brand new feature which will allow creators that run servers on its platform to charge a monthly subscription for access to the creators’ channel.

Creators who run servers on Discord can charge anywhere from $2.99 to $99.99 per month for premium content, such as access to special channels within the server that are locked for non-paying members of the community. 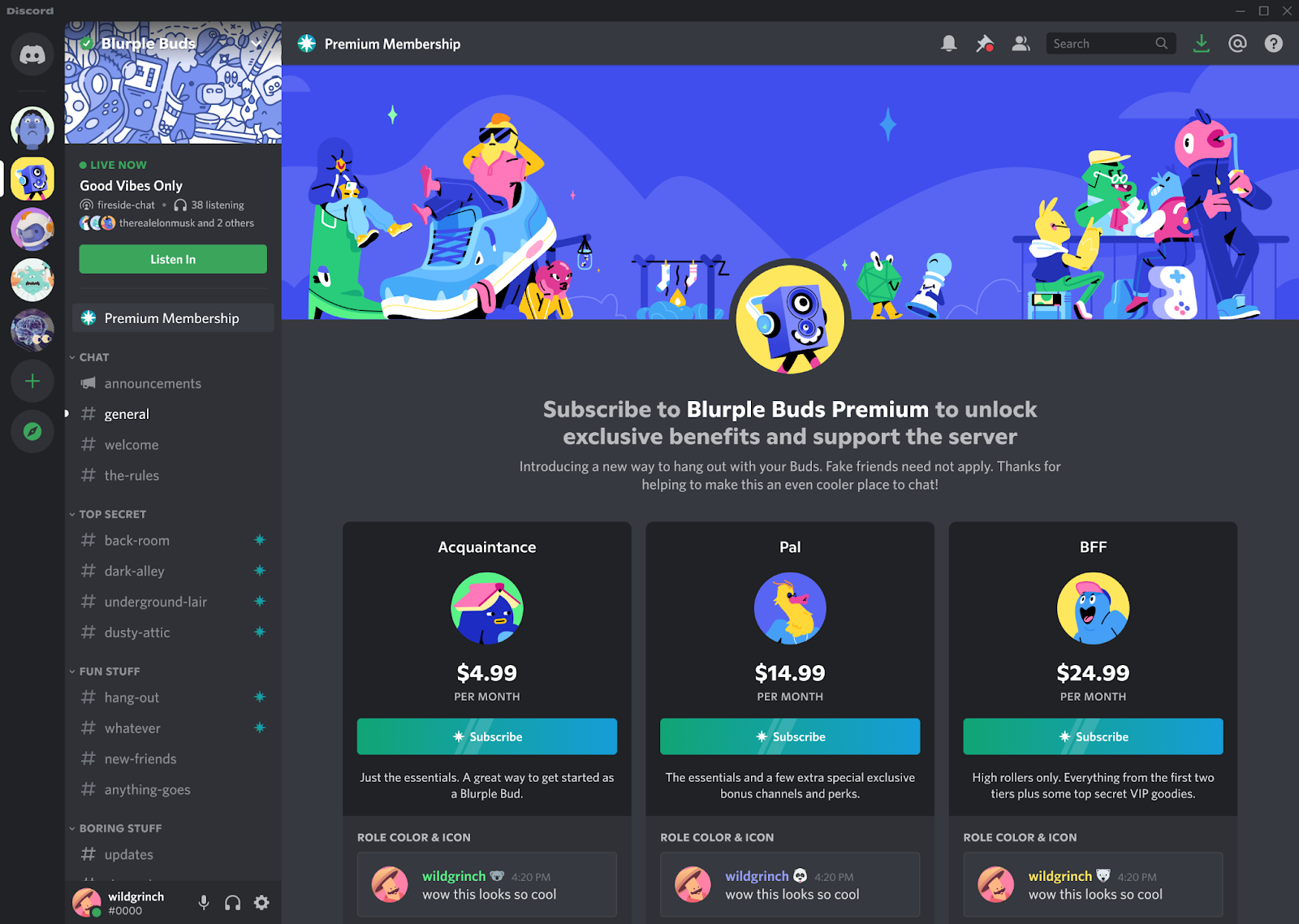 This is what the signup page looks like for a server that has enabled premium memberships on Discord.
Credit: Discord

As the owner of a community, you can name the tiers which will appear beside a community member’s username and choose which tier levels of membership unlocks which premium channels on your server.

This new feature is not yet available for every creator. While anyone can subscribe to a Discord server membership, the feature on the creator-side is currently only available with communities that the company has chosen to test.

What is Discord, the popular community chat app?

Discord says it will take 10 percent of the membership revenue, leaving 90 percent for creators, although that can change later depending on how the trial run goes.

This feature will likely be very welcome addition among Discord users. Many creators have created their own ad-hoc private membership based communities on Discord, using third-party payment systems. Having this feature built right into Discord will certainly help streamline the process.

Allowing creators to take part in subscription-based memberships in order to monetize their content currently seem to be quite popular among social platforms. Twitter recently rolled out their own version of this feature with Super Follows. And Discord itself has long integrated with the creator membership platform Patreon in order to provide creators with a way to build a community on the chat app among their patrons. It will be interesting to see if Discord’s launch of a similar feature will compete with its partners over at Patreon or if it will serve an entirely different niche all together.

At the very least, this new Discord feature is a step in the right direction for a platform looking to help users monetize their content. Allowing creators the ability to get paid for the educational value, entertainment value, or whatever service they provide makes a hell of a lot more sense than diving into the shady world of speculative assets like cryptocurrency and NFTs.