Delta, Bank of America pull sponsorship after Shakespeare play is seen as attack on Trump 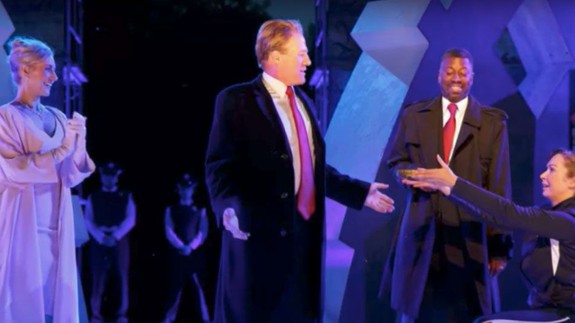 Just a couple weeks after the uproar around Kathy Griffin’s photo of a decapitated President Trump, fresh outrage over a violent depiction of what some believe is Trump has led to a major move by Delta airlines.

A new production of Julius Caesar at New York City’s annual Shakespeare in the Park event features the classic scene showing Caesar being stabbed to death by his friend Brutus and others.

Only in this version, the man playing Caesar is wearing a suit, a red tie, and a large blonde wig, which has led some to believe (including some theater critics) that the intent was to show a theatrical version of Trump being assassinated on stage.   Read more…