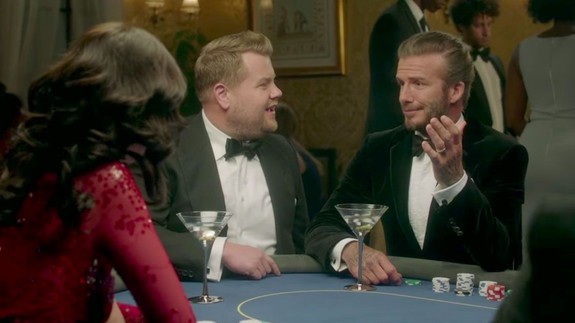 Of all the people you wouldn’t want to go up against in a James Bond audition, David Beckham would probably be fairly high up the list.

Not only is he a dangerously-chiselled celebrity who’s previously been rumoured as a possibility to play the next Bond, but he’s also now got actual acting experience too.

Still, in a recent sketch for The Late Late Show, James Corden was up for the challenge. In the video above the two go head-to-head in a series of Bond-themed tasks, gradually getting more and more fed up with each other until the whole thing descends into an entertaining slapping-match. Read more…