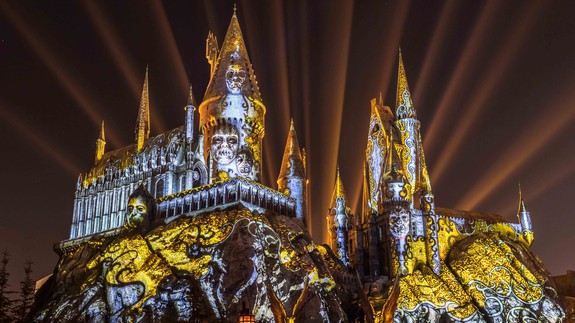 The Wizarding World of Harry Potter may seem like the perfect destination for your spring break trip, but vacationing Potterheads be warned: You-Know-Who still reigns in Los Angeles.

For a limited time this spring, Dark Arts at Hogwarts Castle, a new projection light show at Universal Studios Hollywood, is bringing the dark magic of Lord Voldemort and his legion of Death Eaters to the skies of the park.

Complete with Dementors, Thestrals, and Acromantulas galore, the highly-anticipated spooky show is a departure from the park’s typically jovial Potter themes.