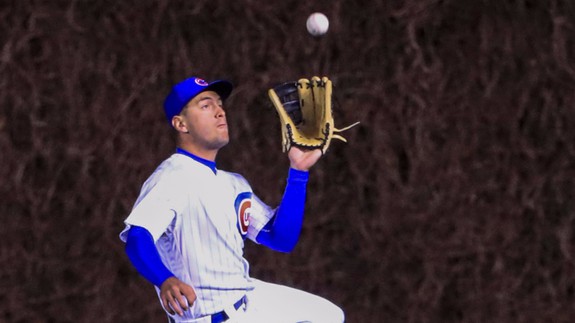 But it got even weirder when one Cubs player appeared to give Trump the finger during a photo opp.

You may well have seen variations of this photo floating around the web today and yesterday. That’s Cubs outfielder Albert Almora Jr. in the plaid shirt, striking an awkward pose with what sure looks like his middle finger exposed in Trump’s general direction. Read more…