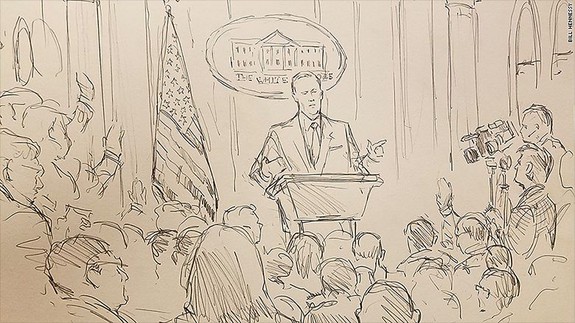 That seems to have been CNN’s thought, anyway.

The network sent its Supreme Court sketch artist Bill Hennessy to visit White House Press Secretary Sean Spicer’s domain on Friday. While he didn’t have his easel to work with, he did a pretty decent job standing up in the back of the room.

The White House has been prohibiting cameras at some press briefings, so we sent a sketch artist https://t.co/FuKv8RjYD2 pic.twitter.com/pCPzMZas5G

More about Newsy, Business, and Politics