Clutter raises $64 million to store your stuff, let you admire it online 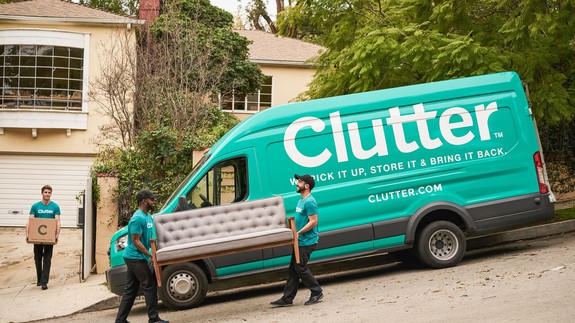 Clutter is disrupting its own name.

SEE ALSO: This startup wants to be the QVC of your smartphone

The two-year-old startup takes the stuff you don’t use out of your home and makes sure you don’t just put it in a disorganized storage unit. Clutter, based in Los Angeles, employs movers and software engineers who work together to build a sophisticated system of packing and storing, where each item is photographed and catalogued on a platform.

Clutter announced Tuesday a $64 million Series C round, led by UK-based Atomico Ventures and with GV (formerly Google Ventures) and Fifth Wall as first-time investors as well. Sequoia Capital, which led the Series A and Series B round, participated again.  Read more…