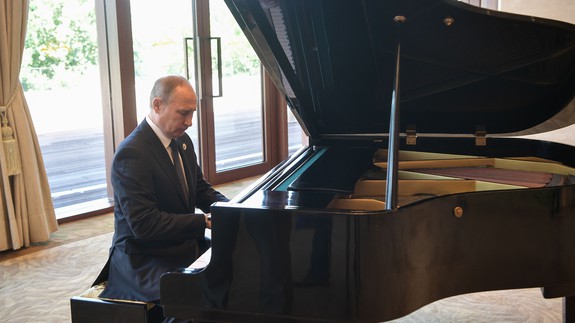 Here’s one skill Putin might not want to add to his repertoire.

The Russian president launched into a piano performance ahead of his meeting with his Chinese counterpart Xi Jinping on Sunday.

SEE ALSO: Vladimir Putin HATES this meme so much Russia banned it

Putin, who was in Beijing for a summit, played two Russian songs — Moscow Windows and Evening Song — dubbed the unofficial anthems of Moscow and St Petersburg.

But Chinese social media users were far from impressed.

“This is such an amateur performance,” said one user on social media platform Weibo.

“I suggest that he learns from our country’s four-year-old pianists,” another added. Read more…

More about China, Piano, Putin, One Belt One Road, and World