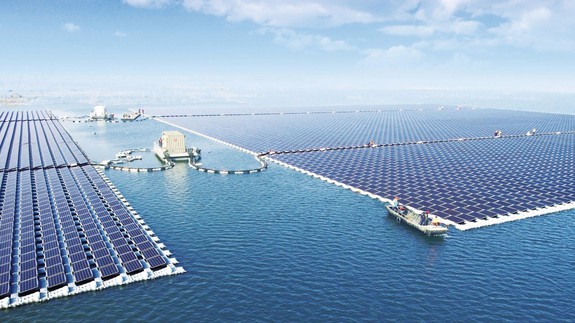 China has installed a massive field of solar panels on a particularly poignant site: a lake formed by the collapse of abandoned coal mines.

The world’s largest floating solar project can produce enough power to light up a nearby city in China’s eastern Anhui province. The local government wants to expand the initiative to more than a dozen sites, which together would generate the same amount of electricity as a full-size nuclear reactor, the New York Times reported this week.

The 40-megawatt project, which was connected to the grid in mid-May, provides a powerful example of China’s broader ambition to lead the world in clean energy development and the fight against climate change — goals that, until recently, were shared by the U.S. government. Read more…