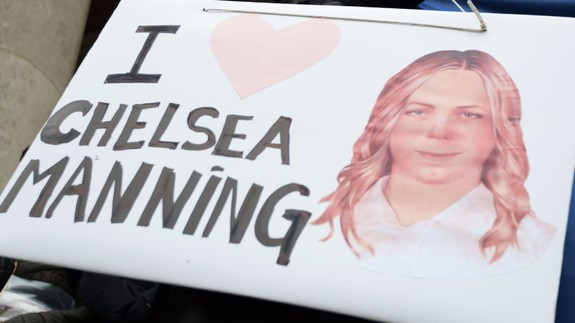 She walked out of a military prison in Fort Leavenworth, Kansas on Wednesday, after seven years behind bars.

Manning — a former Army intelligence analyst — was sentenced to prison after distributing troves of military documents to Wikileaks. She got a hold of the classified information while stationed in Iraq in 2010.

Manning came out as transgender after she was sentenced to 25 years in prison. She served seven years before former President Barack Obama commuted her sentence at the end of his second term. Read more…