Cheeky political ad is a total throwback to the ’90s 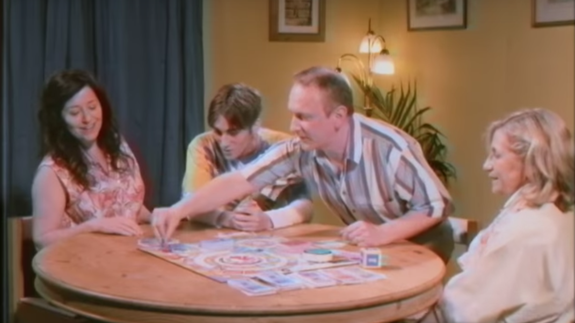 The Green Party is serious ad goals — and the latest is the cheekiest to date.

After depicting UK politicians as a bunch of squabbling 5-year-olds, the party produced a retro-looking ad for a fake board game called “The Race to Number 10 — Snap Election edition.”

The ad is a nod to ’90s advertising, with saturated colours, Comic Sans fonts, a smiling family and creepy voiceover.

“The game no one wants to play is back — with only two teams to choose from,” it says, in reference to the surprise snap elections of June 8.

More subtly outrageous statements at the two parties dominating UK politics, the Labour Party and the Conservatives, are made as the family plays the game: Read more…

More about Uk, Ads, Retro, Board Game, and Green Party