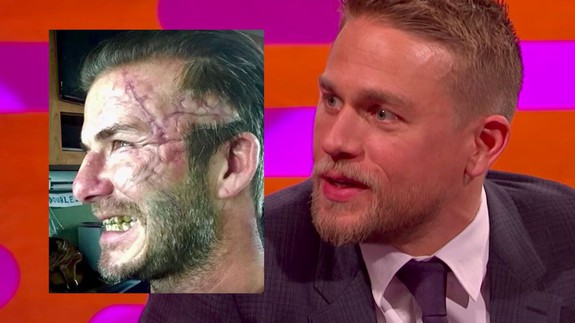 During an appearance on The Graham Norton Show on Friday, Hunnam and Ritchie spoke about working with the legendary footballer — and they couldn’t sing his praises enough.

“I thought he was terrific,” says Hunnam in the clip above. “Not only just a kind, lovely, humble fella, but showed up so determined to do a good job.

“I mean he’s not an actor and I don’t think has any real aspiration to be an actor, but I think he’d hired an acting coach and he was so prepared and sort of nervous and determined — and I thought ‘Wow, good for you David Beckham’.” Read more…