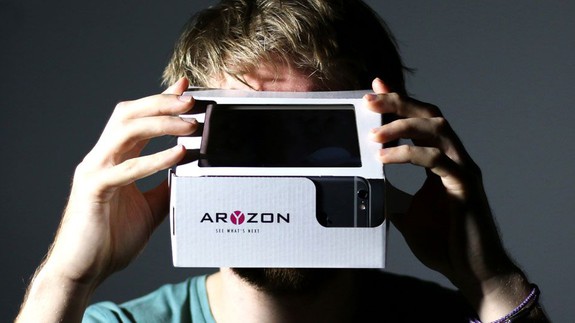 No. Just, no. We do not need a series of “Google Cardboard meets HoloLens” devices to help usher us into the age of augmented reality.

But yes, that’s exactly what at least two companies are trying to do: Sell you cardboard devices that use your smartphone to create a kind of low budget HoloLens for a fraction of the price.

In just the last couple of weeks I’ve seen the emergence of cardboard-framed AR devices for smartphones from Aryzon (about $32) and Holokit. Both are promoted as cheap alternatives to pricier, higher end AR (or “mixed reality”) devices and both have videos showing off how they work. Neither is immediately available to the public yet, but I can see where this is all going.  Read more…