Broadway musical ‘Diana’ is a mess 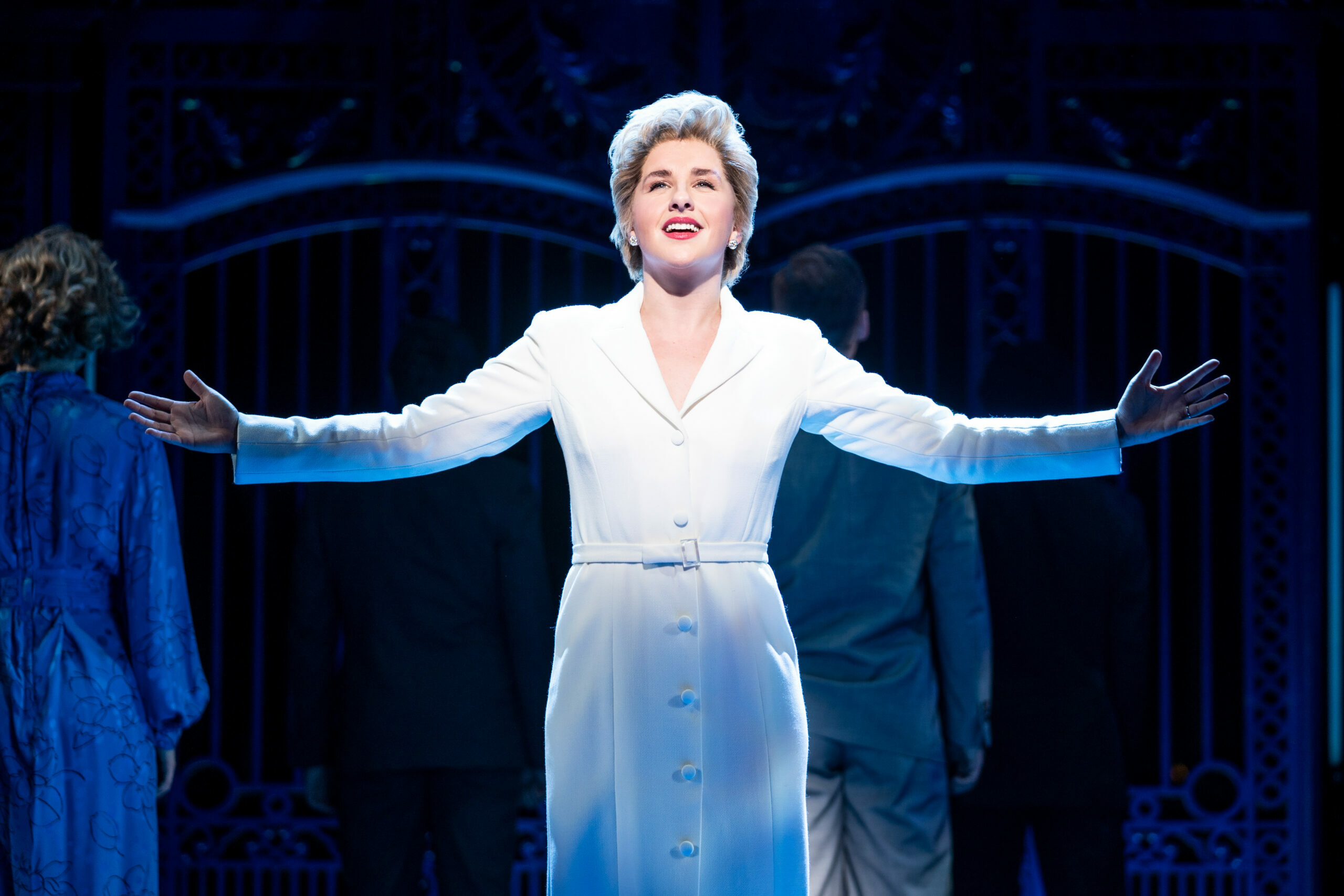 If a friend told you some of the things that happen in Diana the Musical, the new Broadway show about the Princess of Wales, you simply would not believe them.

There are almost too many ill-conceived choices to count: the lyrics, by Joe DiPietro & David Bryan, are basic to the point of stupidity (“Him & Her (& Him & Her”); choreography by Kelly Devine appears amateurish and clunky. There’s a song with liberal uses of the word “fuckity” to describe her infamous revenge dress. The de facto narrator of this whole thing is Barbara Cartland, of whom many younger people probably haven’t heard, giving her multiple pop-up appearances a regular dose of WTF.

The royal family are all one-note: Charles (Roe Hartrampf) is a Villain!; Camilla (Erin Davie in a truly thankless role) is Scheming!; Diana (lovely but blank slate Jeanna de Waal) is Naive! The press is Shady! These basic descriptions may have been ok in another work — indeed, many bio-musicals about recording artists typically use very broad character brushes — but here, with nothing much else to say, it’s just a tepid reenactment of a show you’ve seen before. Individually all these choices are unfortunate; together, they create a show that sort of hums along without ever being able to sustain any excitement at all.

There are moments that attempt to rise above the material: The always wonderful Judy Kaye (Phantom of the Opera, Nice Work If You Can Get It) does her best with the dual role of Queen Elizabeth II and romance author Cartland. (It’s explained that Diana is a fan.) Kaye’s Queen Elizabeth bears almost no resemblance to most other popular portrayals of the famed ruler, and despite a late-in-act-two ballad attempting to give her some depth, too often she just goes back into the shadows in favor of tedious love triangle action. The costumes fare the best, with William Ivey Long’s work perfectly channeling many of Diana’s most famous looks. When Diana appears in all that wedding gown, there was even some delighted applause from the Broadway audience.

The main issue is the show can’t figure out whether it’s a serious look at a beloved figure or an over-the-top camp classic for people to laugh with for two-and-a-half hours. The show falls apart trying to straddle both. Diana and particularly de Waal mostly appear to want to show respectful reverence for one of the most famous women of the 20th century. That’s clearly what the team is going for with wannabe serious ballads, including my personal favorite number of the evening, “I Will.” That’s the tune Diana sings while marrying Charles and dreaming about becoming worthy of the family and the fame.

The main issue is the show can’t figure out whether it’s a serious look at a beloved figure or an over-the-top camp classic for people to laugh with for two-and-a-half hours.

But the decision to go with reverent without bringing any specific point of view or new insight into all the drama means parts are often snoozy: we’re seeing reenactments of moments of which anyone with even a passing familiarity with the House of Windsor is all-too-familiar. That must be why the creative team felt the need to spice it up — but that spice leads to bizarre choices like Diana imagining an early concert date with Prince Charles turning into a rock show, complete with Diana on cello and everyone doing some kind of …I don’t know, group rock movement?

Another particularly weird choice by director Christopher Ashley is to begin the second act with Diana’s one-time lover James Hewitt (Gareth Keegan) entering shirtless from beneath the stage, riding on a bronco as the audience (seemingly tipsy at this point) gasps and chuckles in disbelief. Yes, really.

These moments when the kitschy onstage antics are comically over the top are more fun to watch, but the show resists committing to that kind of camp direction for more than a few moments at a time, presumably out of respect for the princess. This leaves audience members confused about whether they should be reacting at all, however. Mere moments after Diana climbs out of bed with a shirtless Hewitt as romance author Cartland narrates on about the affair, we see Diana tackle a visit to an AIDS clinic. Both of these moments are aspects of her persona, of course, but watching it this way is jarring at best.

At my press performance, mid-way through a climactic Charles/Diana fight, an audience member said — quite loudly — “Charles can F–K OFF.” The gasps and applause were funny in the moment (it’s what we were thinking!), but the reaction encapsulated the disparity between what the audience was looking for from this show and what the show is giving. It feels disrespectful to chuckle at, say, Camilla and Diana squaring off in a basement bar meant to channel a wrestling ring…but then, what exactly else should one be doing watching something so daytime soap-esque?

To be fair, it would be rather challenging to create a musical about someone so beloved, so studied, a presence that looms so large over any project about her life, particularly when there have been many excellent recent ones that have brought something new to the understanding of the person (Spencer, Season 4 of The Crown). Diana meanders along because all involved clearly wants to celebrate her, but not often in a flaws-and-all way. She’s sanded down to nothing.

One may be reading this, and other similar reviews, and thinking about going to see Diana for the ridiculousness of it all. I would caution against that. More than any other word, I would describe it as dull. A funny show could work. An inspirational show could work. Diana falls awkwardly in between to be just dull. And a dull show is just doomed.

Diana is now playing on Broadway and a taped performance of the musical is streaming now on Netflix.