Bobby Moynihan is leaving ‘SNL’ after 9 years. Here are some of his greatest hits. 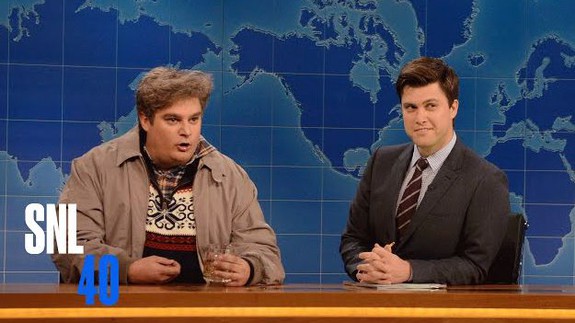 Moynihan joined the SNL in 2008 with a cast that included Amy Poehler, Seth Meyers, Kristen Wiig, and Andy Samberg. When he departs, he will leave as one of the show’s longest-running cast members.

SEE ALSO: You can thank/blame Tina Fey for Alec Baldwin as Trump

Beyond characters like the blubbering “Drunk Uncle,” Moynihan regularly parodied Chris Christie during the 2016 presidential campaign until a certain someone became the official Republican nominee.

Though he doesn’t have as many iconic characters as predecessors like Wiig, Moynihan was one of those cast members who was just in everything. You’ll see him in plenty of the decade’s most popular sketches, including topical entertainment spoofs from Star Trek to Star Wars. Read more…