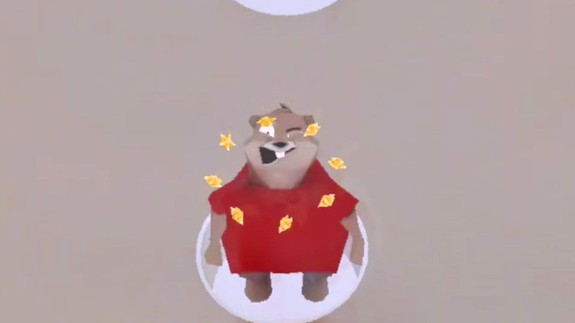 The augmented reality game of whack-a-mole in the popular Black Mirror episode “Playtest” may have seemed like a fascinating look at the future but now it’s real.

In a post on UploadVR, Robustelli explains how the prototype app simulates hitting the moles as they pop up and disappear.

And while this app isn’t coming to most users anytime soon, it’s yet another example of just how hard it’s getting to come up with sci-fi scenarios that aren’t just previews of things we already have in development. Let’s just hope that most of Black Mirror‘s often dystopian tech visions don’t come true. Read more…