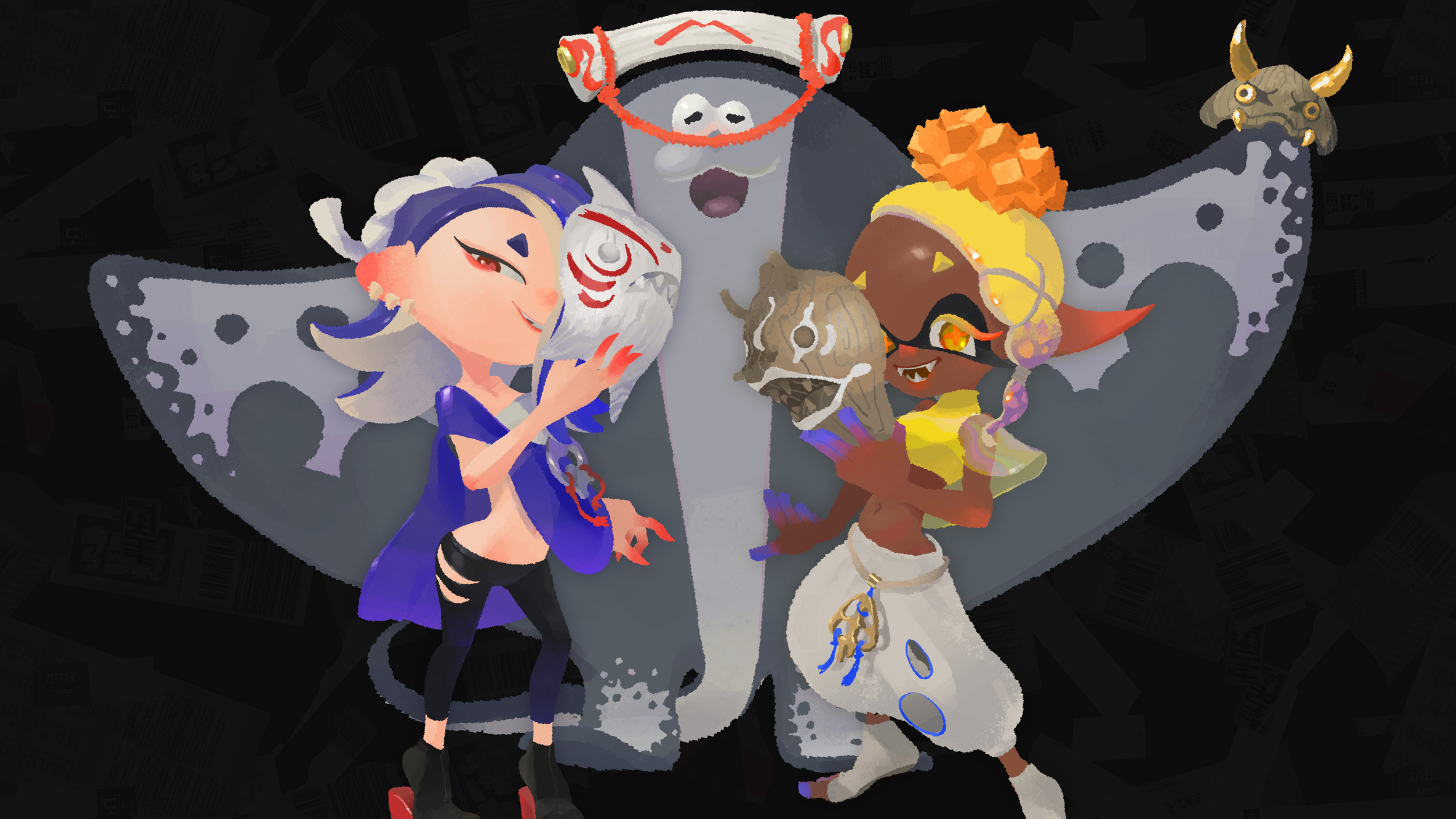 Big Man is one of the three “idols” who will deliver important game news to players in Nintendo’s upcoming Switch sequel, Splatoon 3. Much like its two predecessors, the game will serve up a new group of pop singers as the face of the Splatoon experience, which frames an assortment of third-person action, puzzle-solving, and competition challenges against the backdrop of a world populated by anthropomorphized sea creatures.

Nintendo revealed Big Man, along with his fellow Deep Cut (that’s the band name) members Frye and Shiver, alongside a hefty dump of new information ahead of Splatoon 3‘s Sept. 9 release. We now know how many maps are appearing in the new game (12) and how many new weapons you can expect to find (two, including a “splatana” sword, with all the previous ones returning), among many other things.

You can find it all right here:

The internet has definitely realized that basic truth, as well. Twitter is flooded with appreciation posts and fan art dedicated to our smiley new manta ray friend, an instant and well-deserved sensation. (The love extends far beyond Twitter, just so we’re all clear.)

That’s it, really. We’ll be seeing plenty of Big Man and his fellow Deep Cut members in Splatoon 3. Idols are familiar fixtures for active players, especially the ones who participate in community-wide Splatfest competitions. Splatoon 3 introduces a neat new twist to the Splatfest and a big hint is right there in the title.

Idols play a central role in every Splatfest, with each one stepping up to represent the teams that players choose to join. The first pair of Splatoon games featured only two idols, and their respective Splatfests similarly divided the community around two competing teams headlined by big one-vs.-the-other ideas: Cats vs. Dogs, Pirates vs. Ninjas, Pokémon Red vs. Pokémon Green… you get the idea.

Deep Cut’s arrival in Splatoon 3 means there are now three idols repping each Splatfest competition — which, by extension, means there will be three teams — and it’s poised to have a dramatic impact on the shape of these showdowns. The first Splatfest lineup of teams will pit Rock vs. Paper vs. Scissors, with players choosing which one (and its corresponding idol) they want to join.

Nintendo brings a wild IRL twist to the ‘Splatoon 2’ story

Competition is at the heart of each event, with teams facing off in Splatoon’s flagship “Turf Wars” mode, a 4v4 showdown in which opposing squads vie to paint more of the map with their team-colored ink than the other crew. Splatoon 3 takes a new step as well, adding “Tricolor Turf Wars” to the mix, so all three Splatfest teams can go head-to-head(-to-head) at the same time. These limited-time events will still be built around Turf Wars, but with the new Tricolor variant thrown into the mix as well.

Big Man’s immediately obvious dominance raises questions, though. Will Splatfest become a thing of the past when everyone in the community naturally gravitates toward supporting whatever position the charming manta ray is repping? You might have a preference between rock, paper, and scissors, but will that feeling change when you see Big Man carrying the flag for a team that’s not yours?

These are the kinds of questions that will keep me up at night until Splatoon 3 hits Nintendo Switch on Sept. 9. Just here to say in the here and now, though: Big Man is the greatest.