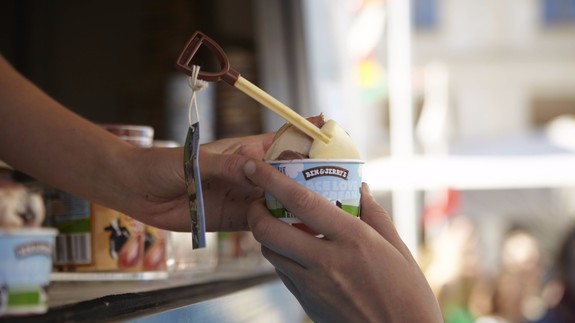 The battle to make marriage equality legal in Australia has been a protracted and frequently ugly process, inhibited by the government.

So Ben & Jerry’s is trying to speed up the case for legalisation by banning two scoops of the same flavour at their 26 stores across Australia.

“We are banning two scoops of the same flavor and encouraging our fans to contact their MPs to tell them that the time has come – make same sex marriage legal! Love comes in all flavours!” reads a statement on its website.

The ice cream company will also install post boxes at its stores, where postcards will be provided for customers to write in and show their support for marriage equality. If they haven’t already. Read more…