‘Baywatch’ bombed. What should Dwayne Johnson do next? 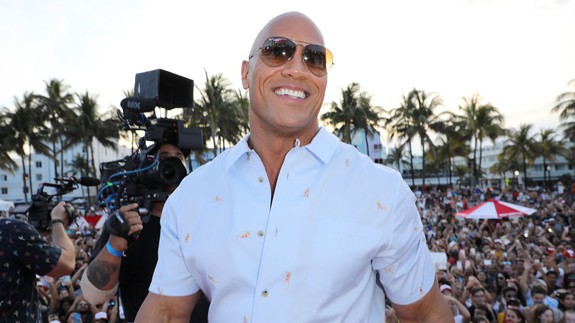 There are now two precise moments that define the Hollywood portion of Dwayne “The Rock” Johnson’s career so far:

1. The April 2011 release of Fast 5, when Johnson shook off Tooth Fairy to become a bona fide action star on a level of Arnold Schwarzenegger, and;

2. This weekend’s flat-on-its-face flop Baywatch, when the limits to that stardom became painfully clear.

SEE ALSO: At least ‘Baywatch’ has one thing going for it (and no, it’s not The Rock)

Just as Johnson is realizing the height of his pop-culture powers — even floating a run for the White House — he suffers his first embarrassing box office bomb, an $18.5 million domestic opening weekend for a summer nostalgia comedy whose $40 million expectations weren’t so hot to begin with.  Read more…