Baby Yoda is everywhere, including the latest ‘The Sims 4’ update 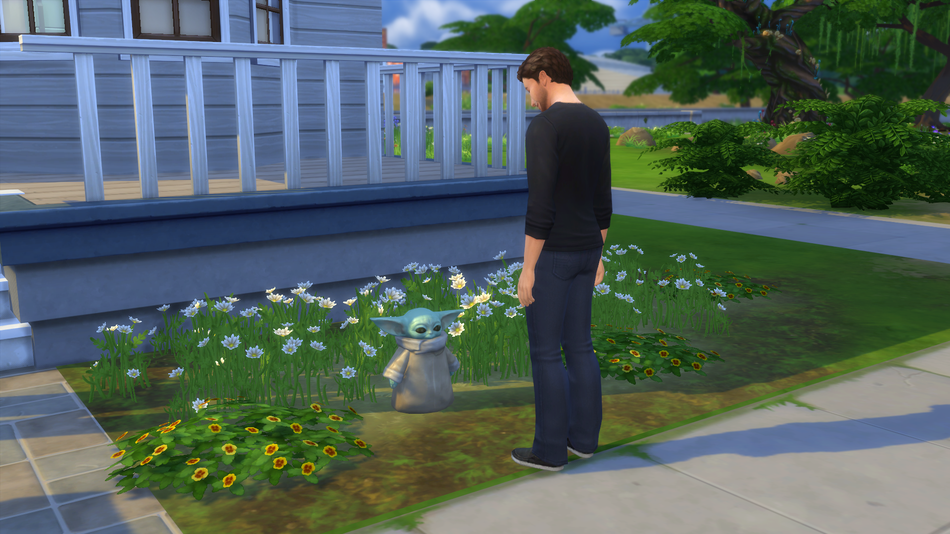 Baby Yoda is everywhere and there is no escapeThe Mandalorian‘s cute alien infant has now made his official video game debut, though it isn’t in one you’d expect.

Added in The Sims 4‘s  Dec. 12 patch, players can now place a statue of viral sensation Baby Yoda in their Sims’ home to brighten their virtual lives. The new addition wasn’t mentioned in the game’s patch notes, so became a delightful surprise for many players diving into The Sims‘ Build Mode after the update.

Unfortunately, the Child Statue isn’t terribly cost effective. Baby Yoda will set your hardworking Sims back 504 Simoleons, and despite his adorably large eyes and bat-like ears, he only improves their environment by one point. Sounds fake, but OK. Read more…

More about Star Wars, Video Games, The Sims, The Sims 4, and Baby Yoda