‘Assassin’s Creed Origins’ delivers a dramatic change for the series 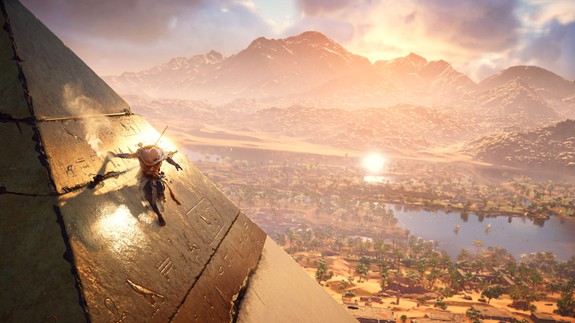 You’ve never played an Assassin’s Creed game like Origins. And not just because you can ride camels.

(But also, you can ride camels.)

Ubisoft’s latest Assassin’s Creed adventure takes the story back to its literal beginnings: 49 B.C.E., before the formation of the Assassin Brotherhood. The setting is ancient Egypt, but long after the era of Moses and the building of the pyramids.

That’s not the surprising thing, however. With Origins, Assassin’s Creed completes a transformation that’s been underway since around the time Black Flag launched in 2013. It’s an action-RPG now. Read more…