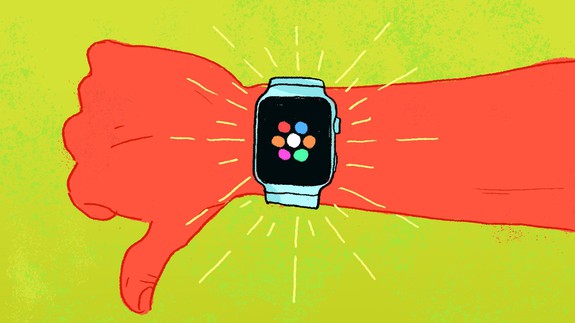 I recently began wearing an Apple Watch regularly. Generally I’m not a watch guy — haven’t been since I gave up my calculator watch in the late ’80s — but in recent years I’ve learned to appreciate some of the utility features of smartwatches.

I especially like the notifications, which necessitate only a glance at the wrist instead of the heavier lift — literally and figuratively — of digging my iPhone out of my pocket. First world problems, sure, but those are really what the Apple Watch (and, arguably, all consumer tech) was designed to address.

SEE ALSO: The Apple Watch could be revolutionary in the fight against diabetes Read more…