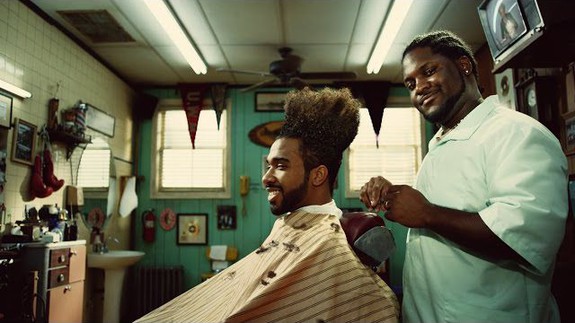 Apple’s latest ad is about a New Orleans barber shop that gets a viral boost thanks to some well-placed headshots.

But if you look closely, there is one guest who might look a little familiar. Albert Einstein makes a cameo among the shop’s diverse influx of new clientele.

Aside from the famous scientist, Nigerian funk musician William Onyeabor, the man behind the ad’s soundtrack also gets a trim. And a newscaster from a television set within the ad makes an appearance in line.

Apple says the haircuts are all real, and the clippings were donated to the charity Locks of Love. Read more…

More about Apple, Business, and Advertising