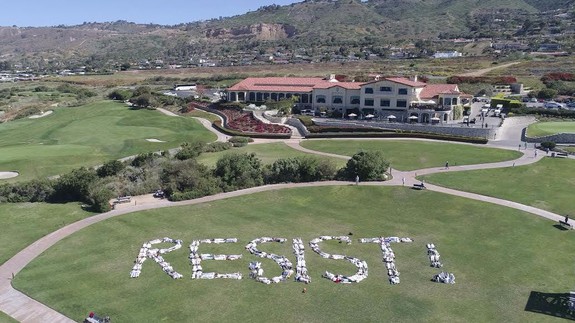 What do you get when you cross 200 protesters with a Donald Trump-branded golf course?

It’s not a joke; this actually happened, and those 200 protesters hit the dirt at southern California’s Trump National Golf Club to spell out an emphatic statement: “RESIST!”

The group in question is the San Pedro chapter of Indivisible, a nationwide network that formed after the 2016 election. Using the example set by the right-leaning Tea Party in years past, Indivisible works to bring about broader change by inspiring activism at the local level. Read more…