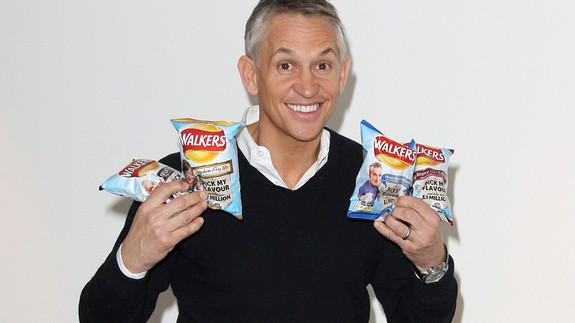 What started innocently enough as a giveaway of free soccer tickets to the UEFA Champions League final took a turn for the worse thanks to a handful of online trolls.

Walkers, the snack company that brings the UK its flavored crisps and other treats, started a social media campaign Thursday, asking fans who wanted to win tickets to tweet a selfie with the #WalkersWave hashtag.

The tweets were turned into a video of former soccer player Gary Lineker waving the “selfies” in front of the background of a stadium.

But trolls quickly realized the selfies weren’t being closely vetted before getting on screen, so everyone from serial killers to convicted felons to communist dictators made it onto the site with the sportscaster unwittingly waving the disturbing faces.   Read more…