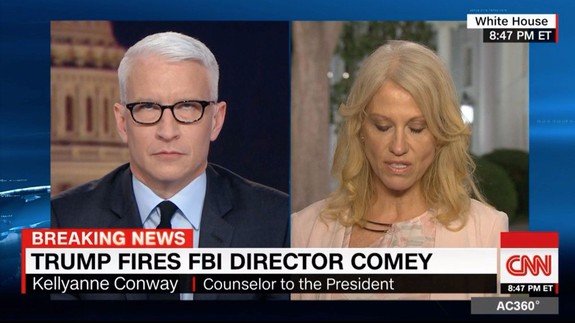 Rolling eyes is a fine art, which CNN’s Anderson Cooper has mastered.

Kellyanne Conway, counselor to President Trump, emerged from the shadows to do a little bit of damage control on Anderson Cooper 360 on Tuesday. News broke that Trump had fired FBI Director James Comey, and what do you know, Kellyanne Conway was available for a TV appearance.

The White House fired Comey for how he handled the reopening of an investigation into Hillary Clinton’s emails, something that Trump himself praised on the campaign trail. Yes, this is real life. Read more…