An Iranian city hit 129 degrees, one of hottest temperatures ever seen on Earth 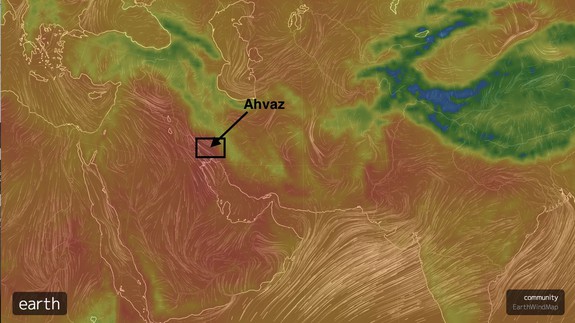 Ahvaz, Iran, which is a city of 1.1 million people in the country’s southwest desert region, appears to have set not only Iran’s hottest temperature on record Thursday, but also set a record for June heat in all of mainland Asia. It also may have tied the all-time global heat record.

SEE ALSO: In the U.S., trees are on the move because of climate change

A temperature reading of 53.7 degrees Celsius, or 128.7 degrees Fahrenheit, was reported in Ahvaz by Etienne Kapikian, a meteorologist at MeteoFrance. Kapikian posted a tweet saying that level of heat was a “new absolute national record of reliable Iranian heat” and that it was the hottest temperature ever recorded in June across mainland Asia.  Read more…