Americans think North Korea is in Australia. Or China. Or maybe Indonesia. 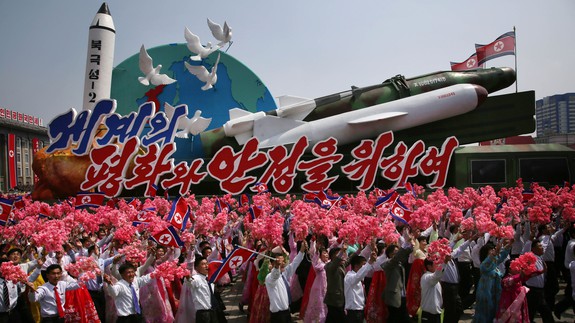 Unless you happen to be Dennis Rodman, or one of those curious folks who are totally into the idea of going to a hermit state — North Korea is just somewhere over in Asia.

Yet with simmering tensions between the U.S. and the country’s leader Kim Jong Un, you’d think Americans would at least know the location of the self-reliant socialist state.

But according to a survey by the New York Times, only 36 per cent of the 1,746 adults asked knew where North Korea was36 per cent.

So what were the locations these adults guessed? Well, they pointed to Australia, Indonesia, Papua New Guinea, India, Thailand, Japan, China, Vietnam, the South China Sea… I mean, pretty much everywhere else on the Asian continent cause it has to be there somewhere. Right? Read more…