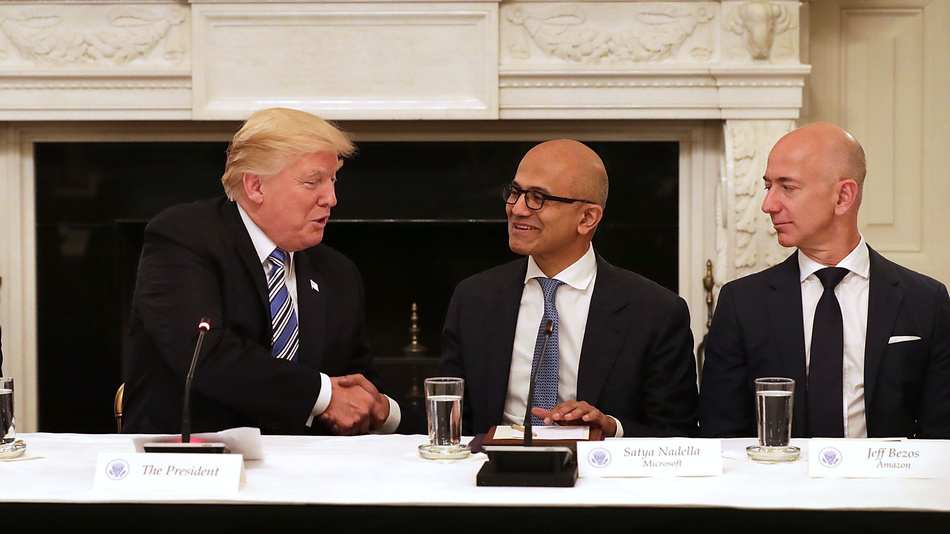 Donald Trump does not like Amazon CEO and Washington Post owner Jeff Bezos, and that dislike may have just cost Microsoft — yes, Microsoft — $10 billion. At least for now, anyway.

According to CNBC, Microsoft’s $10 billion Joint Enterprise Defense Infrastructure cloud computing contract with the Pentagon was just put on hold in response to a legal challenge filed by Amazon. Why? Well, that would be because Amazon thinks Trump has it out for them and inappropriately influenced the awarding of the contract.

Amazon placing the blame for the loss of the hotly contested contract on Trump’s feet isn’t itself new. The company has long claimed that the president is after Amazon. Read more…