All the ways Trump’s budget screws over climate research 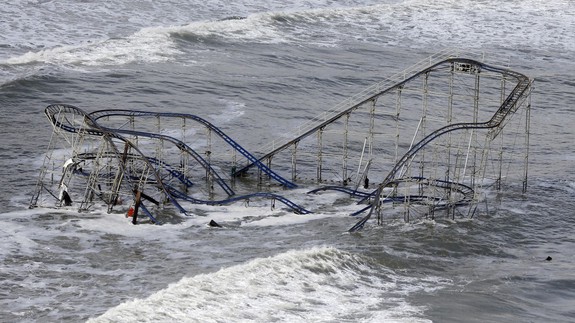 President Donald Trump may be 6,000 miles away from Washington, D.C., on Tuesday, but that didn’t stop him from launching an all-out assault on climate science and related energy research. The weapon of choice? His fiscal year 2018 budget proposal.

The cuts are staggering in scope, and the consequences are already starting as federal employees and contractors — spooked by the figures out this week — begin job searching in earnest.

SEE ALSO: Trump might pick a non-scientist to be USDA’s ‘chief scientist’

Every single agency that touches climate change research, from the National Science Foundation (NSF) to the Department of Energy, NASA, and especially the Environmental Protection Agency (EPA), would see sharp reductions and eliminations of climate research programs. Read more…

More about Politics, Science, Newsy, Donald Trump, and Us World