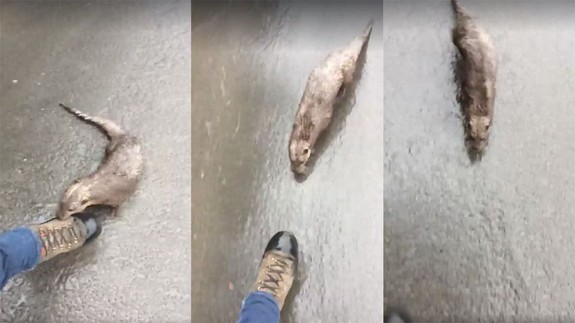 This guy probably thought he’d get a few hits for recording a cute otter.

Rory MacPherson from Scotland took out his phone to record an otter that was walking along the road in the rain. He posted the video on his Facebook with the caption: “Seen a wild otter today…I am not sure I like otters anymore!”

The otter seemed curious as it approached MacPherson and nipped at his boots, but the adorable creature’s dark intentions became clear when it continued to circle and charge MacPherson.

In the video, MacPherson tries to back away, but realizes that the otter isn’t going to let him leave in peace. He then turns and begins to sprint. Read more…