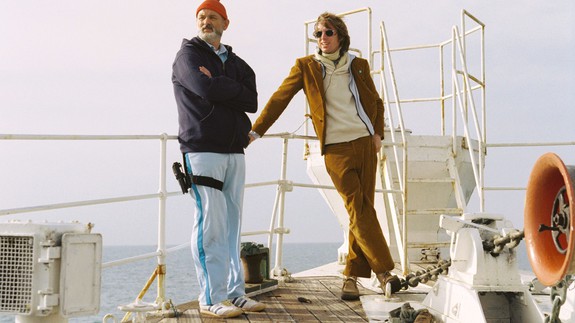 Fans of Wes Anderson’s cult movie The Life Aquatic with Steve Zissou have campaigned for years at Adidas to convince them to release a version of the customised Roms that Bill Murray wears in the film.

Over the years, several petitions were filed, but back in 2005 Adidas played down the possibility of a special release.

Well, it seems that the shoemaker has finally heard your voices.

During the We Love Green music festival in Paris, Adidas released 100 limited-edition, 1:1 pairs of the original trainer featured in the film, with its submarine-yellow shoelaces and iconic shades of blue on the three strip branding.  Read more…