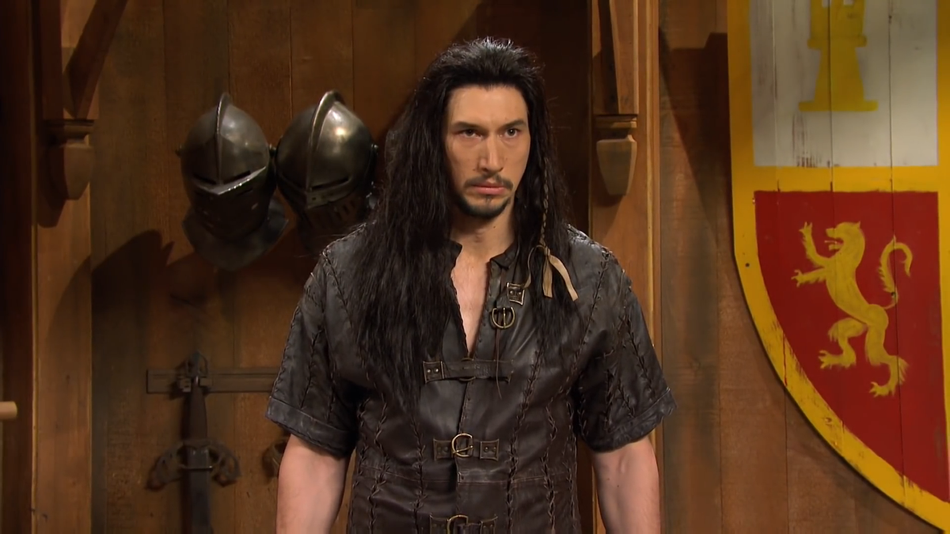 It’s always great to see a professional actor chew scenery as if it’s an audition for William Shakespeare himself. And who’s a better choice to get super, over-the-top serious than Saturday Night Live guest host Adam Driver.

In this sketch, Driver is a performer at New Jersey’s Medieval Times restaurant, but he thinks he’s William Wallace in Braveheart. He’s also kind of racist? And a dick in general? But it’s all right because he’s taking an acting class.

This sketch is great. Driver’s clearly having a blast. Read more…