Actual politics has caught up to and surpassed ‘House of Cards’ 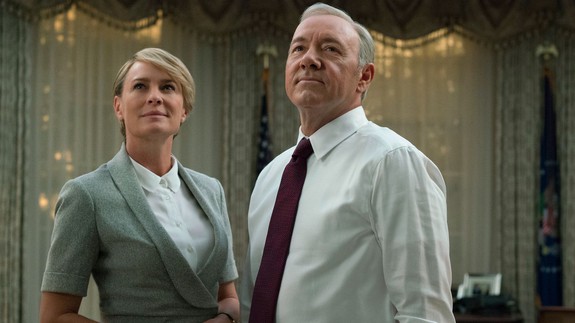 In 2013, Netflix dared to air original television, including the ballsy, barrier-breaking House of Cards. Four years and as many seasons later, the malevolent memoir of political mastermind Frank Underwood (Kevin Spacey) is as ruthless as ever, but in a world now accustomed to Spacey’s slithery monologues and the general debacle of the American political landscape, Season 5 doesn’t make quite the same splash.

As The Hollywood Reporter‘s Daniel Fienberg asks, “Is there an opposite of escapism? Get-further-submerged-in-the-muck-ism?”

If there is, this is it, and critics simultaneously love and hate it. Read more…

More about Entertainment, Television, Netflix, Reviews, and House Of Cards