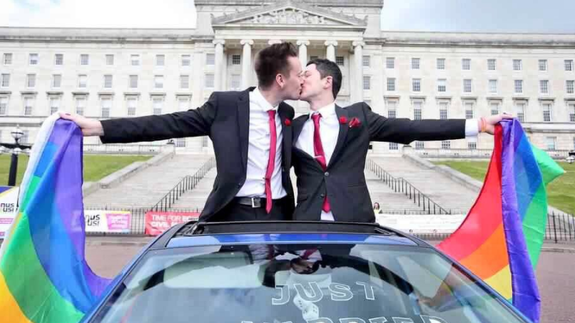 A couple staged a #BigGayWedding on the steps of Stormont, Northern Ireland’s centre of government, to protest the country’s ban on same-sex marriage on Monday.

22-year-old LGBTQ activists Mark McLoughlin and Neal Rush, who’ve been together for two years, held a mock ceremony outside the parliament building on the two year anniversary of the Republic of Ireland’s referendum which resulted in the legalisation of same-sex marriage.