A Russian embassy is promoting a right-wing murder conspiracy 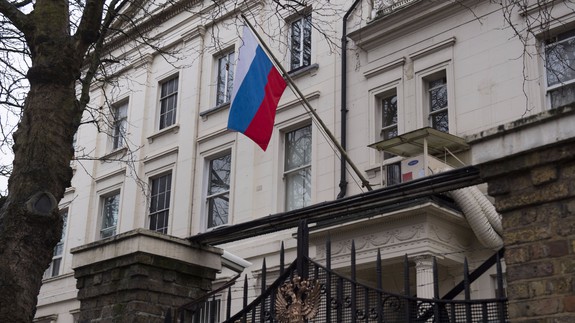 Russia’s embassy in the United Kingdom is boosting a right-wing conspiracy theory.

Perhaps we shouldn’t be so surprised.

The social media staff at the embassy are well-known trolls, but this conspiracy theory has made it clear just how far the embassy will go.

#WikiLeaks informer Seth Rich murdered in US but ?? MSM was so busy accusing Russian hackers to take noticepic.twitter.com/0XVezTyfHM

Seth Rich, mentioned in the tweet above, was working for the Democratic National Committee in July when he was fatally shot while walking near his home in Washington, D.C. The reasons behind the murder are unknown, but Wikileaks founder Julian Assange implied that Rich was murdered for providing Wikileaks with leaked DNC emails. Read more…