A rich white guy reclaimed his ‘richest person’ title, but we all still lose 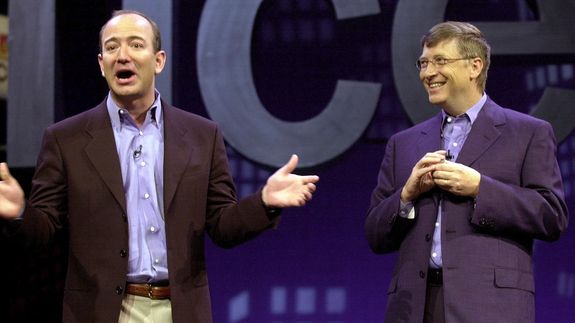 The two-way race for which white tech man has the most unfathomable amount of money seesawed again on Friday.

Jeff Bezos has led the pack for most of 2019 as the richest rich guy, with about $110 billion in the bank. Nipping at his sumptuously adorned heels has been Bill Gates, a grandfatherly-seeming nice guy philanthropist who was also known as a “ruthless schemer” in his heyday as Microsoft CEO. Gates’ fortunate has hovered around a paltry $107 billion.

But lo, the tables have turned! Gates overtook Bezos at the close of trading on Friday to become the world’s richest man. Gates is currently worth $110 billion, while Bezos is counting his ducats at $109 billion.  Read more…