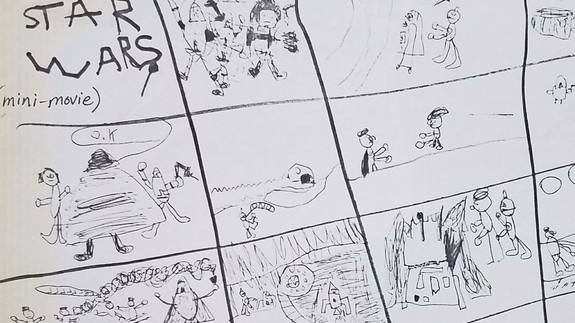 When Star Wars came out back in 1977, there was no merchandise — the toys came a year later — or fast-food tie-ins, or Funko Pops, or “character posters” or endless reels of online trailers to pore over in search of a fix.

We had only the movie, and our memories of it, to go on.

SEE ALSO: All the Star Wars tech that seemed cool in 1977, but we’re light years beyond now

One 4-year-old kid — who grew up to be this film reporter — saw Star Wars on opening weekend that year. He was so eager to manifest what he’d just seen that the minute he got home, he plopped down at his desk to storyboard everything he could while his mom started making dinner. Read more…