A 15-year-old influencer says she’s married and pregnant, but is it just for clicks? 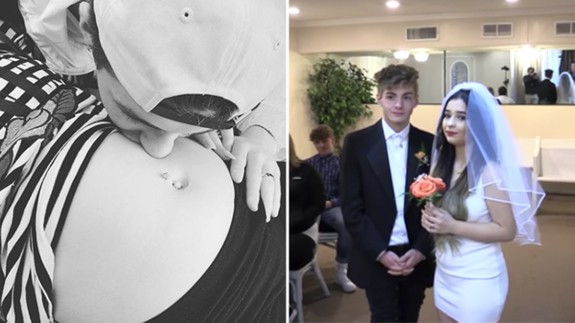 The internet is collectively concerned that a 15-year-old YouTuber is pregnant and married.

Danielle Cohn, who goes by Dani, got her start on Musical.ly before it became the app now known as TikTok. She now has 1.2 million YouTube subscribers and 3.5 million Instagram subscribers. Dani and her mother, who manages her, are controversial figures in the influencer world. When she was 13, Dani was in a relationship with a 17-year-old Musical.ly star, which some of her followers found inappropriate.

Now, her followers are worried that she’s either married and pregnant, or is pulling an elaborate, inconsiderate prank on the internet for clicks. Public records and an older YouTube video on Dani’s channel seem to point to the latter, but the situation is still hazy.  Read more…